2013 will be a serious sporting year for the BBCEC fraternity. There are many activities to be undertaken. Already the soccer team has participated in the Lenana School founders’ day tournament, in which important experience was learnt. The Kenyan schools soccer title holders, Upper Hill High School were in attendance among other Kenyan school soccer giants. The annual Jesus Cup competition also is on and is a competition BBCEC has proved dominant in previous years. However, The under 14 boys who had won the trophy twice and were again cup thirsty to win the third time and retain the trophy for good were knocked out on penalties. It was attributed to poor officiating and mental imbalance after the referee had awarded the opponent team a penalty that never was.

Inter-school competition in netball, athletics and hockey which were scheduled for Term 1 began and the netball team emerged zone champions. A good number of athletes also succeeded to compete in the districts. Whilst football and volleyball are the major Term 2 sports. All the teams are working hard some to surpass the successes of last year and for the new sports – hockey and netball – the aim is to show their value in their inaugural year.

The Under 14 Brother Beausang Catholic soccer team  at the Jesus Cup tournament. 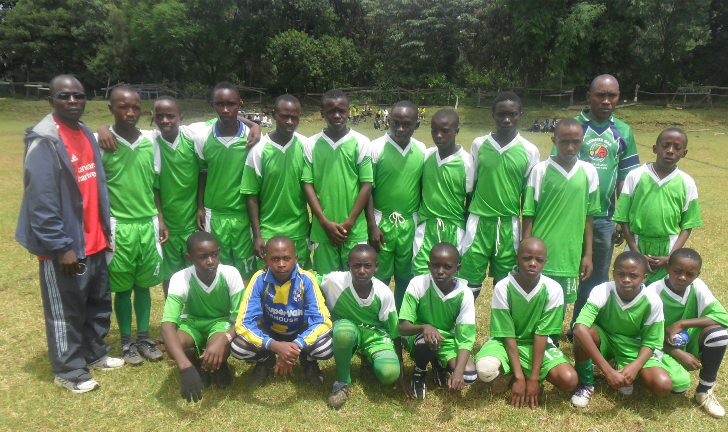